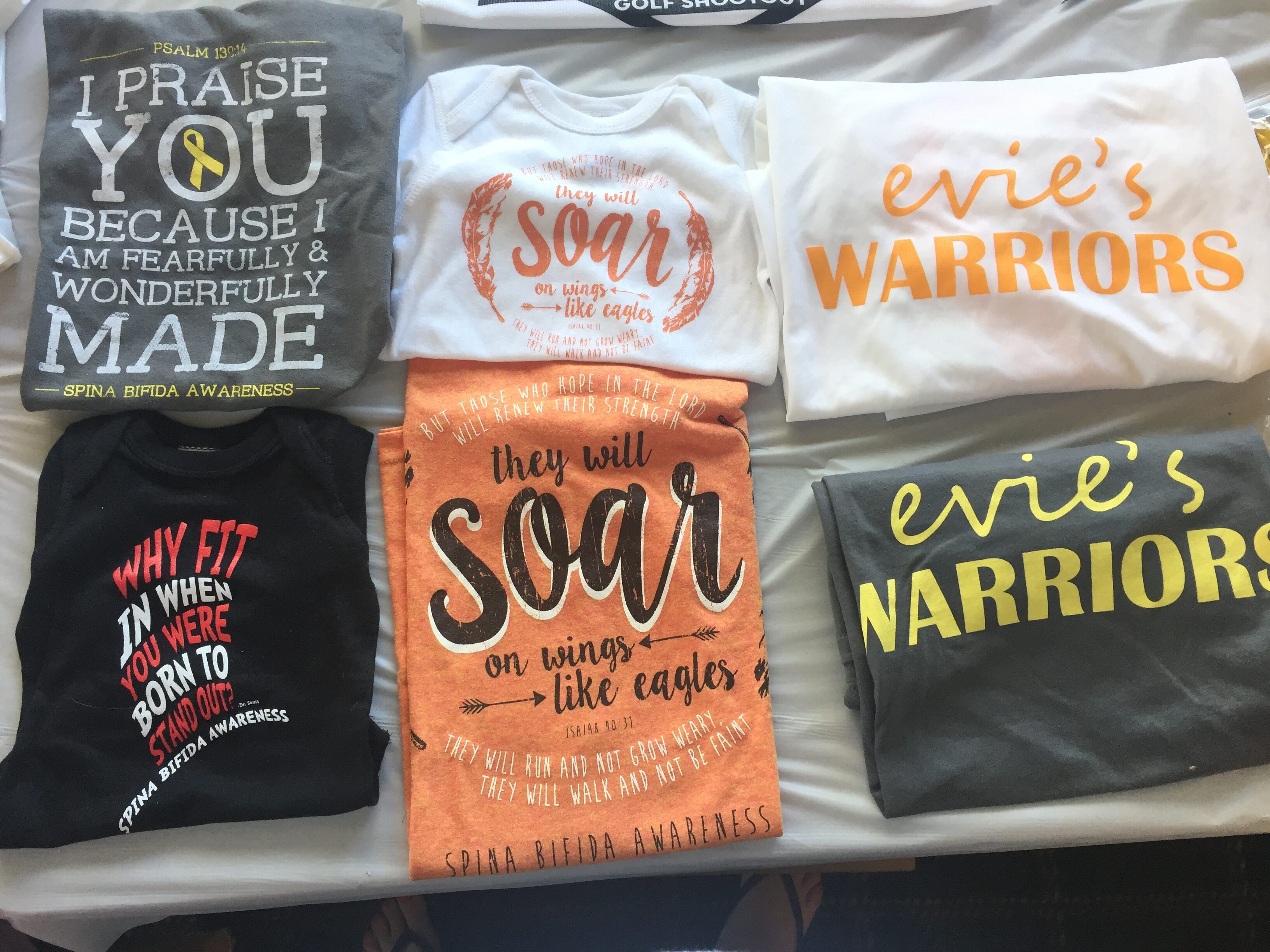 Since 2013 Evie’s Warriors has been dedicated to producing quality designs that people with spina bifida and their families are proud to wear! We have produced so much more than t-shirts over the years. We love using our designs on different products to give away at our fundraising events – you just never know what we will come up with.

This design was created in August 2013, just months after Evie was born. This is by far our most popular design and the one we are most known for. Psalm 139:14 was sent repeatedly to Heather from friends and family during her pregnancy with Evie, so it was only appropriate to have it on a shirt also!

This Cat In The Hat inspired design was created in 2014. Heather and Joe learned quickly over Evie’s first year of life that she wasn’t going to do things like other kiddos her age and they wanted to celebrate Evie and her different abilities!

By 2015 Evie was learning to walk. It was a tiring experience, both physically and emotionally. Heather and Joe were both drawn to this verse during those very difficult days. Isaiah 40:31 – “but those who hope n the Lord will renew their strength. They will soar on wings like eagles; they will run and not grow weary; they will walk and not be faint.” 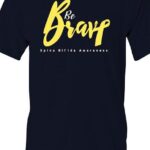 2016 was an extremely hard year for Evie. Multiple spine surgeries and many nights in the hospital. Heather and Joe kept finding themselves reminding Evie to “Be brave” – they also had to remind themselves to be brave as they watched Evie be wheeled back to the OR time and time again. And then this shirt was designed! A constant reminder to be brave! 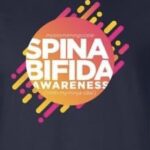 As 2018 rolled around we really wanted a shirt that fun and just generally brought awareness to spina bifida. We have always thought the pronunciation of Myelomeningocele (the most common type of spina bifida) was absolutely hilarious. Mylo, my ninja seal…we just imagine a seal dressed up as a ninja, so this shirt was created as a play on the words! We love the bright colors! 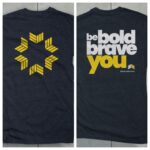 Over the years our organization has evolved. We now have a logo that isn’t just our name and we have a tag line – be bold. be brave. be you. We feel this embodies every person with spina bifida, and really everyone! Be bold in what you do. Always be brave. And be unapologeticelly you! With that, we decided it was time to have branded merchandise. This shirt represents a snowflake on the front. Spina bifida is often referred to as a “snowflake condition” since no 2 cases are ever the same. So our logo was used to create that snowflake! And then the back is our tag line that we so love!